Nonnegotiable ~ The 4 Daily Principles Every Man Needs To Be Successful 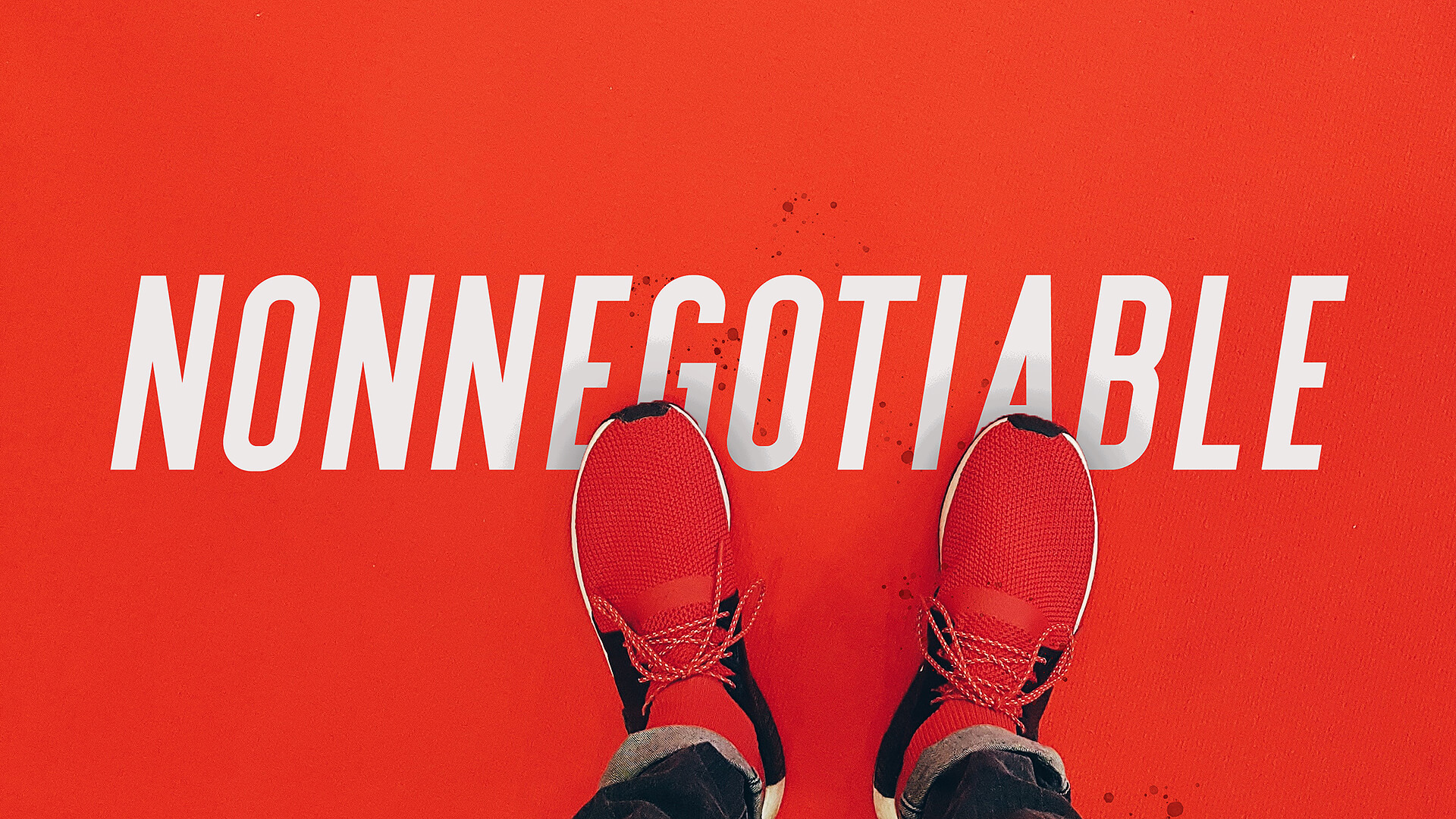 Integrity is a target. Our principles, the arrows.

Integrity tends to be one of those things we think about after we’ve done something wrong. The absence of air. We know we need it. And we know great leaders have it. But for most of us, integrity is in the ether.

In Church, we’ve limited it to lying, timeliness and being responsible.

As an example, If a guy returns a library book before it’s past due while going the speed limit on the highway and also listens to Bethel Worship (radio version), we’d say he has integrity. If he goes 75 in a 65, well…we have issues.

Which isn’t wrong, per say, but there is a better question to ask. Our beliefs shape our behaviors, after all.

In order to shape our behavior, we can ask ourselves:

“What principles govern my behavior?”

It’s an important question because it’s different for every guy.

When you know which behaviors behoove your success, you’re more likely to stick to them where you’re at a crossroads. It also means your name will carry value. Because it’s backed by something concrete.

Where there is no prophetic vision the people cast off restraint, but blessed is he who keeps the law.
Proverbs 29:18

When you have a set of standards, you are, in reality, creating a vision for your future. You are also, by definition, saying no to any alternate realities that present themselves for your approval.

So, are you living in reality? If so, which one?

Every man needs non-negotiables; A set of standards that he will not move on.

I call these standards “Tenants”. They change with my season in life and they keep me centered throughout the day.

Here are the ones I have now:

Here’s how it works. There are four parts:

Decisions of character, should always be made in advance.

Together, they keep my decisions centered throughout the day. And in effect, my name has value because of the things I value.

First, I have a daily question. Right now, I want to know whether I’m practicing righteousness.

Righteousness is a weird word.

You either think of the 80s or the Old Testament. So I did a study and saw that it’s both a position of my relationship in Christ, and an aspect of Christlikeness that I should practice. So, I’m working on it. The question was different a few months back, when I was aiming for maturity in a different topic.

If I have an opportunity to go against the standard I’ve set for myself, the question comes up quickly in my mind and reinforces my behavior. I ask myself the question nearly every day.

Next are My Tenants. Right now I have three. I could have more – if I have a specific goal, for instance. But I like to keep it lean.

I’ll speak to the last one, “I want to be a faithful husband.”

My wife and I recently bought a new car. I’d been in need of a new one for awhile and it was a long-anticipated purchase. So I was starry-eyed about the different options I had available to me.

At the dealership, we picked a car and sat down for financing.

When they presented the monthly payment, it was fair, but $75 dollars higher than we’d decided on earlier. In reality, we could’ve afforded a car payment that was twice as expensive. But as a team, we decide where our money is best spent. So I said “No” to their terms and explained to the dealer what our priorities were.

He pushed. I stayed non-negotiable.

He asked if I could meet in the middle. I said no.

And they met my terms. Which was great. What made me the happiest though, was that I stuck to my tenant “I want to be a faithful husband.”

In a different reality, I could’ve left her out of the decision – or justified the purchase because “I earned it” or any other selfish ideal. But she and I are one now. We make decisions together and I’m better for it. Having that tenant in my head meant that I felt no pressure from the sales guy in that moment.

My word to myself, is my bond.

Last, I have “My Truth.” And no, I don’t mean some absence of the absolute.
My Truth is a point of personal integrity. A fact that is true of me.

This is something I’m personally sensitive to. I enjoy public speaking and I want to do more of it. I’ve also known a few men that have fallen hard because they had a public platform and private pain-point. Eventually, the two collided. To support me, I have a friend that calls me regularly to ask how things are. I think of it as an oil change. Regularly maintenance (accountability) keep the engine running well and issue free.

I also have a verse or two that support my tenants. They glue my goals and God together. You don’t necessarily need one of these, but I think scripture is wonderfully practical.

Tenants are a powerful way of deciding what kind of man you want to be. They help you lead yourself. They also make decisions easy when you’re presented with a reality that is an alternative to what you’ve already said is most important to you. Consider making a list today of your own tenants. You’ll be happy you did.