Learn to Hear God’s Voice as a Christian Business Owner 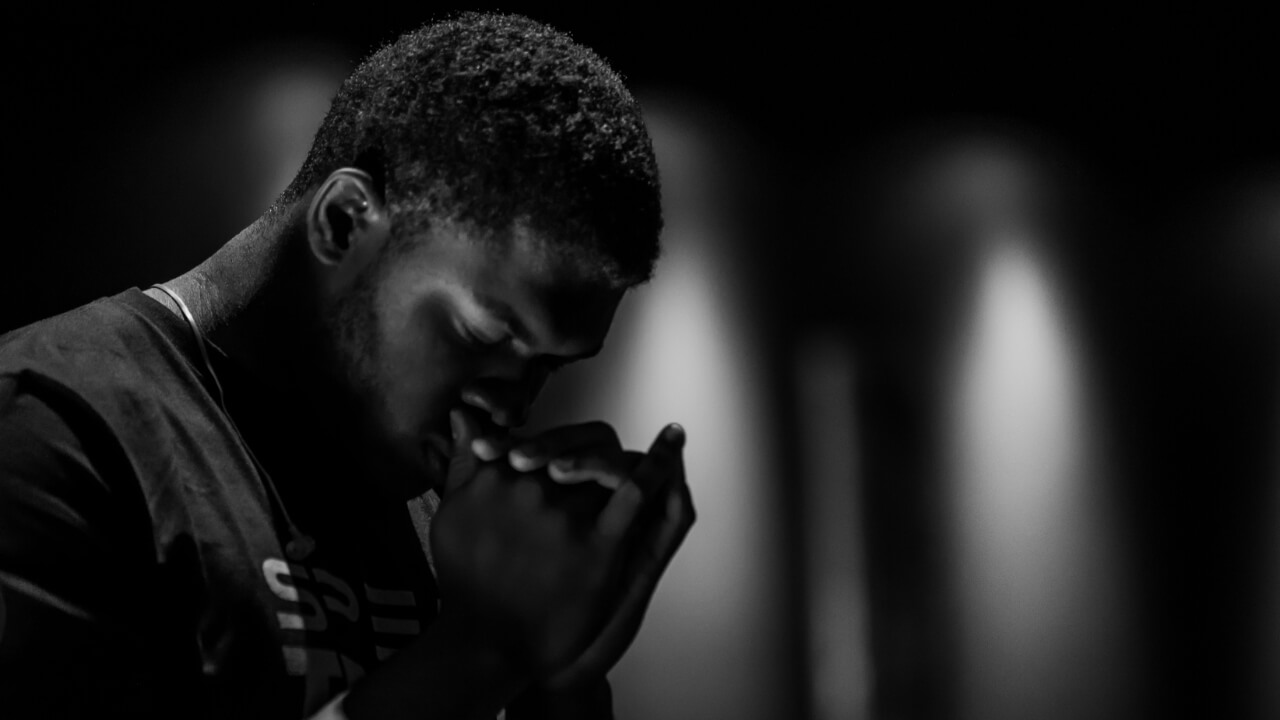 This episode covers the topics of Christian business, entrepreneurship, marketplace ministry, faith and work, business as mission, the Holy Spirit, confidence and prayer.

Hello, and welcome back to the Lunch Break.

My name is Joe Newton, and I am the co-host of the Eternal Entrepreneur.

Now, I believe that the best way to grow and confidence and to keep moving is knowing what God has or has not said for you, your family and your business.

This is the best point of leverage that the average person doesn’t have is having confidence that the God of the heavens and the earth has actually spoken to you and wants to partner with you in your business.

Now, I think there are four different types of people when it comes to confidence of knowing God has or hasn’t spoken. And I’m just going to go through those four types of people real quick. And then we’re going to go into what can we actually do to become more confident that we are hearing from God and knowing that he has or hasn’t spoken in an area?

Okay. So type number one, I believe this is the person who has had a third heaven, open vision, audible voice of God, kind of an encounter.

Let’s be honest, this probably isn’t most of us that say, “Oh, yeah, last Thursday, the audible voice of God spoke to me, he told me to release this new product line.”

Simple as that…right after I had the open vision and saw Paul on the third happened.

All right, I wish that we had more of those encounters.

Now, the second type of person is those who have specific revelations and repeated confirmations. So they’ve gone about and they have heard for themselves probably in the secret place.

They’ve had friends come and confirm what they’ve heard. They’ve read specific verses that God started to highlight and unpack for them. Maybe they went to church, and the pastor started speaking exactly what they heard God say to them, while they are reading a verse.

So again, this person might not have had an angelic visitation…

But they’re pretty confident that they have heard God because there are confirmations consistently.

He’s speaking to them in different ways.

So this is the person who is out there. And they’re listening for God, they know that God speaks, but they’re just not confident for sure that he has or hasn’t said something.

And again, that’s most of us.

And that is totally fine to be there, as long as we recognize that, right? Because we want to move up that ladder, at least to the number two. But beginning, a lot of us are sitting in that type three spot.

Now, type four is the person who says Nope, I got nothing, I maybe haven’t even asked. So type four can be either really good, or really bad.

So it might be good. If you know for sure that God has not spoken to you about something specific, that sometimes can be just as good as him speaking to you about a specific area.

So if he hasn’t spoken to you sometimes that can mean hey, I am here with you go step out if that’s where your heart is, and I’m going to father you if something changes.

But that can also mean that that number four spot can be you haven’t asked and I would say that is the area that we want to change. We want to be intentional because if we just haven’t asked God we haven’t invited him in to speak To us about our business about our families, then we are again missing a great point of, and I’m half heartedly saying this point of leverage. we’re leveraging the almighty the voice of God.

So, when it comes to being intentional about his voice, this just comes down to taking time out, whether that’s of your day, every day, or even out of your week, and just sitting with him, asking him to speak and keeping our ears perked open for ways that he might be speaking to us, again, looking for things in the word expecting that confirmations are going to come expecting that he wants to speak to us. And that second part being intentional about documenting, I think this is the big one that we might miss. So if we’re out there, and we’re looking, we’re looking for confirmations from friends from the word, the pastor, and then we’re not writing them down.

This, this, I think, is what keeps a lot of us in that type three, the I think I’ve heard, maybe, because God has spoken to us, He has sent confirmations.

But if we haven’t been intentional about writing those down about documenting them, then when times get tough, when you start walking out and things look different than you expected, you’re going to lose confidence because then you start doubting yourself saying, Well, did I hear did that person hear?

I don’t remember exactly what he said, Did he say it like that? Did he mean this?

And this is where we’re, that lack of confidence can be just eroded into our heart. So we want to make sure that we’re not only being intentional to listen, but that we’re asking, listening and putting it in writing.

Alright, so I want to give you two action items, you can do either one.

So first, is just start a journal. And a journal isn’t anything special, it can be a piece of paper that you go back to consistently, and start writing down what you feel like God is saying, the confirmation that he might be speaking, again, we’re not committing to anything here.

We’re just saying, Hey, I felt my heart kind of come alive. When I was reading this verse, my friend came in, and they spoke this, which kind of confirmed what I was feeling there. The pastor spoke on this topic consistently, and my heart came alive, or it matched what I was reading in, in the secret place. So just write those down journaling is just document what you think God might or might not be saying, and what you’re feeling at that time what you’re thinking at that time. So if you just started journal, that’s an amazing step. Because now at least we have something documented something on paper that we can go back to when times get tough.

Now, the second action item, I want to give you a specific method for journaling. This is actually a method that my wife used to use back in college. And when we first got married, she would use this for making big decisions. And what she would do is she would take a piece of paper, and at the top, she would write one question that she’s asking from God. So in business, this can be something like, should I launch this new product line? And you’d write that at the top of the paper? Then you just go, right? Ask God, should I write this? Should I release this new product line? Or what do you want to tell me about releasing new products in the business, and then right, don’t judge it.

Don’t think about it. Don’t critique it. Just write until you feel like he stopped speaking, then set that paper aside.

Don’t go back to it, set it aside. And do this for at least five days.

If you can do it for longer, awesome, but do it for at least five days. Then go back and read through those day by day by day.

And now you’re probably going to see some confirmations, some patterns. Some days, there might be something totally out of blue. And you know, you know what, I just woke up on the wrong side of the bed. We’ll just set that one to the side. But if you see consistency there, now you’re made, as we talked about before you’re made to hear God’s voice. You’re made in His image, you are His child, he wants to talk to you. So you’re going to start seeing some confirmations there and then if you’ve also started journaling and documenting the other confirmations, you’ll see those start popping up as well. And now you have two places to go back to, to either make big decisions, or to have confidence again when times get tough, or when things aren’t working out the way that you thought they should.

Well, I hope that was helpful for you. Thank you for joining us today on the lunch break.

Have an amazing week, and we can’t wait to connect with you again.